In 1813 the original Staples wrote back to Ireland about the sweet sap from the maple trees. Generations later every spring, the Staples family become involved in the process of making maple syrup!

Robert as a young boy started with his father tapping the maple trees along the driveway using buckets and an old iron Kettle. He helped a neighbour for a few years and then started up his own operation in 1973. He started with 1200 taps and continued to expand over the years to now 3600 taps. He has 3 bushes owing 2 and renting a third. The future is looking brighter as his son Mark is home from the west and his daughter Meghan has returned from Toronto.

The 3600 taps are on pipeline with a vacuum system, using seasonal spiles. Robert uses a 4×14 Lapierre volcano 2000 oil fired evaporator and a 600 gallon an hour reverse osmosis machine. Syrup is finished on a propane finisher and filtered on a 7 inch filter press.

Robert and his wife Jill have won numerous awards including being Four Time World Champion at the Royal Winter Fair. The operation is registered and inspected with the Canadian Food Inspection Agency. 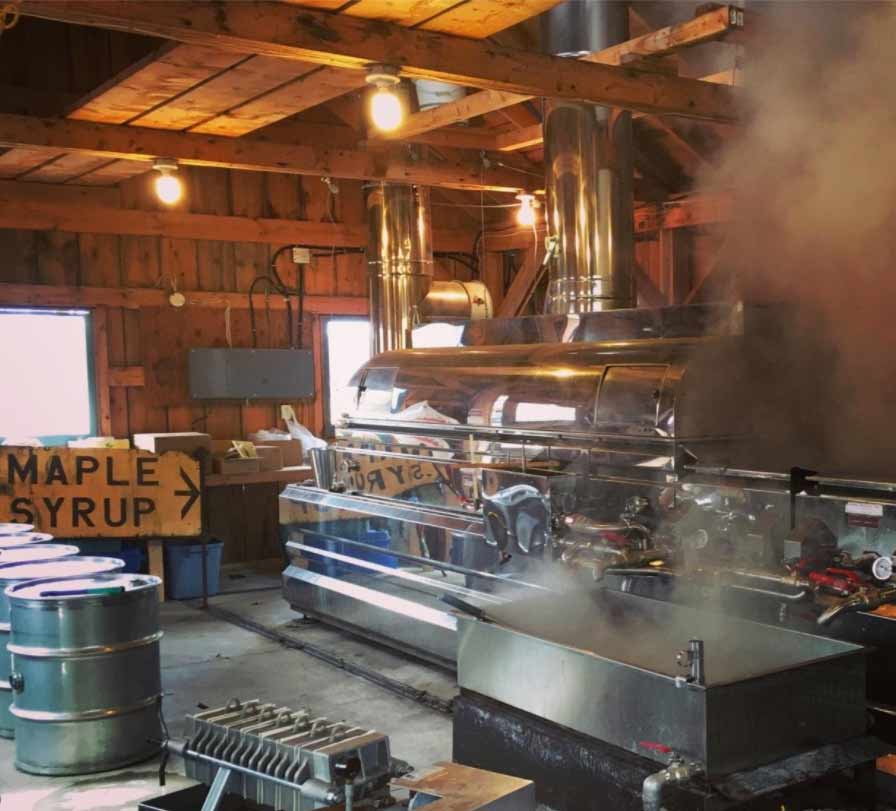